MOVIE PREMIERE: DIOR AND I 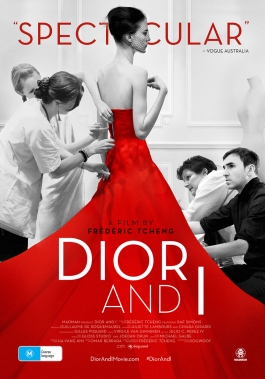 ONE NIGHT ONLY! RESERVE NOW!

Fashion Week goes on at Alliance Française with an exceptionnal evening:  the Vancouver premiere of the documentary "Dior and I" followed by a discussion and a cocktail with professionals of fashion.


Dior and I brings the viewer inside the storied world of the Christian Dior fashion house with a privileged, behind-the-scenes look at the creation of Raf Simons’ first haute couture collection as its new artistic director—a true labor of love created by a dedicated group of collaborators. Melding the everyday, pressure- filled components of fashion with mysterious echoes from the iconic brand’s past, the film is also a colorful homage to the seamstresses who serve Simons’ vision. 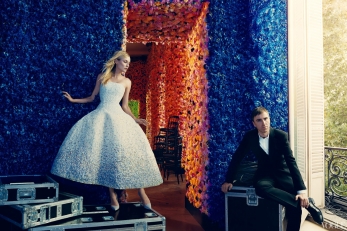 "When I sat down with Raf Simons to discuss the project for the first time, I was struck by his palpable reticence. It’s understandable that anyone might be reluctant to let a camera crew shadow them relentlessly for three months, but Raf's concern seemed to run deeper. I sensed that the vulnerability he was showing would become central to the film. In his 1956 memoir "Christian Dior & I," Dior discusses at length his own feeling of alienation through media exposure. "There are two Christian Diors—Christian Dior, the man in the public eye and Christian Dior, the private individual—who seem to get further and further apart.” As Raf got to know me better, he became less intimidated by the presence of the camera, but I knew that he remained quite apprehensive about the level of publicity that would come with his first Dior show. I set out to film his transformation into a camera-mobbed public figure. The motif of the camera flash—intrusive, blinding and exposing—kept on coming back to me. Maybe the camera does steal the soul."  - Frederic Tcheng

A discussion with professionals of fashion and a cocktail will follow the projection.