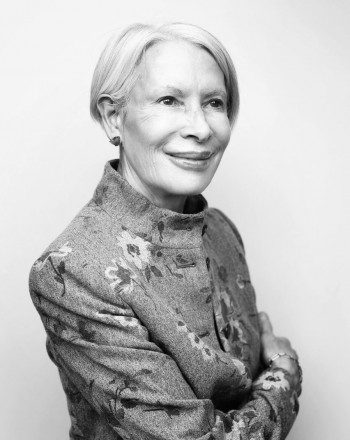 After retiring from her career as a lawyer, Mary decided to pursue the goal of improving her French language skills.

The system of education at Alliance Française Vancouver appealed to her because of its structured approach to teaching oral comprehension/expression, and written comprehension/expression. The opportunity to obtain internationally recognized diplomas through an examination process also interested her as an objective measure of progress. The fact that private courses were available, allowing for greater flexibility in arranging class dates and times also influenced her ‘evolution’ as a long term student and supporter of Alliance Française Vancouver.

More than ten years later, having obtained diplomas from B1 to C2 in the DELF/DALF classification system for French language proficiency, Mary is continuing on a ‘customized course’ basis with her instructor. While passing the exams allowed her to conclude objectively that she was making significant progress, she considers that the ability she has developed to read competently in French is the most valuable outcome to date of her learning process at Alliance Française Vancouver. Mary is most appreciative of the highly professional instructors who assisted her in reaching this goal, which has opened a new world of books for her to explore. She advises that her only problem now is that she doesn’t have enough time to read in English.

The importance of Alliance Française to Vancouver as an educational and cultural institution is evident, even in ‘normal’ times. Its commitment to our ‘confined community’ in helping people to maintain some form of contact and sharing with others, and encouraging ongoing personal development has been an extraordinary contribution to the stability of our society in a difficult time, and must be recognized as such.

Mary decided to make a donation to the Alliance because of this commitment, because demand for the educational and cultural opportunities offered by Alliance Française Vancouver is increasing, and to express her appreciation for the benefits she has derived by becoming a member and student.

The former Alliance Française Vancouver building is no more. The inadequacies of the ‘old’ building were apparent for a number of years. There was insufficient space to accommodate all the people who wished to take advantage of Alliance Française’s courses and programs. The staff room was too small. The reception area was often overcrowded and noisy, as was the library. The HVAC system had significantly deteriorated.

The vision of a new building for Alliance Française Vancouver is becoming a reality. The Board of Directors and staff have worked hard to secure funding from various levels of government. The required construction permits have been obtained and rezoning challenges have been resolved. Mary decided that now is the time for her to say Merci Beaucoup to Alliance Française Vancouver by contributing to its future.