On Saturday, June 25, the first literary breakfast was held at the Alliance Française. Over coffee and croissants, we discussed writing, literary classics and nightmares after reading crime novels!
Check out the selection of participants from the June 25 literary breakfast and join us for the next one, July 23 at Queen Elizabeth Park! 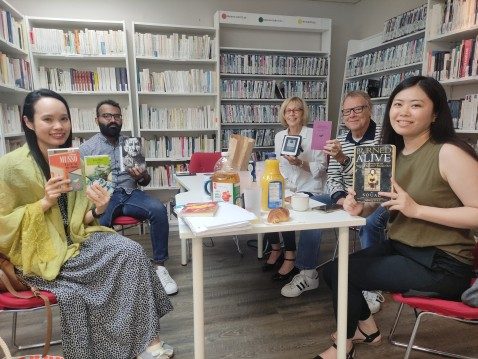 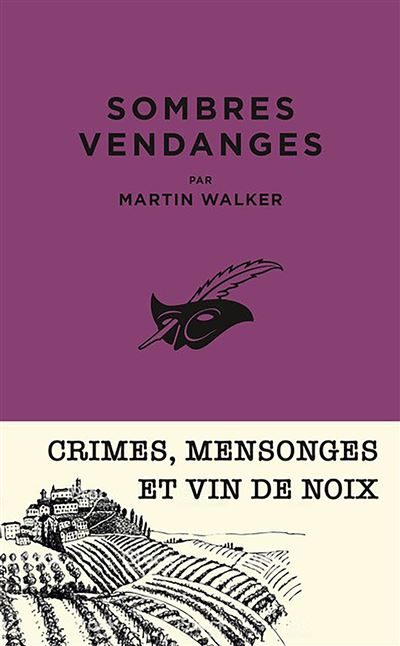 Bruno Courrèges, chief of the municipal police, is awakened in the middle of the night: a fire has broken out in a field of genetically modified cereals. But this criminal act is only the first sign of a series of incidents that will punctuate the peaceful life of Saint-Denis in Dordogne. Foreign wine growers arrived in the region to take over the fertile soils of the village. But when it comes to wine, St Denis already has quite a few rivals. And two mysterious deaths are not going to bring calm to this heavenly region... 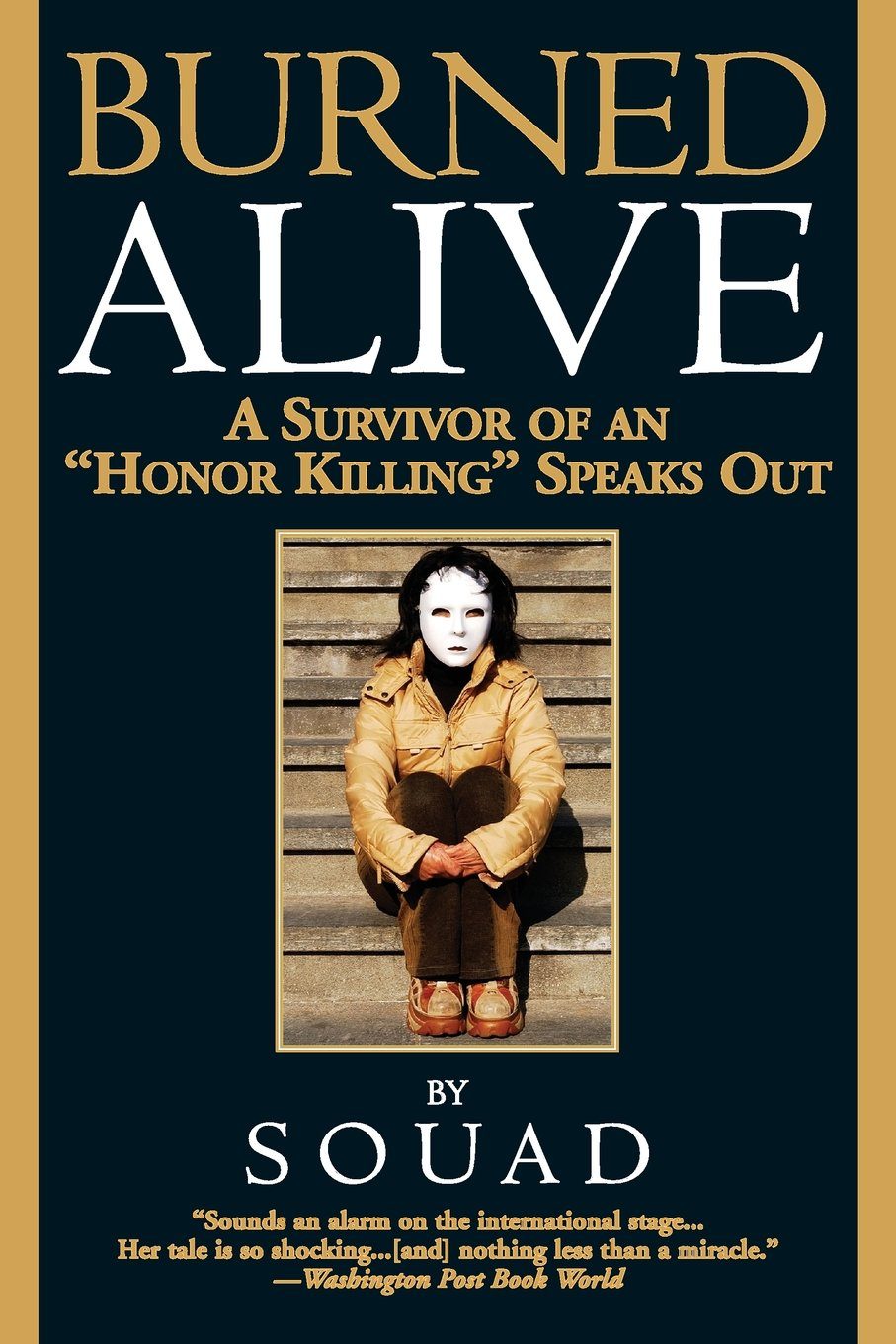 Souad is seventeen years old and in love. In her village, love before marriage is synonymous with death. Her family appoints her brother-in-law to carry out the sentence. In the eyes of all, this man is a hero. It is what is called an "honor killing". It is in fact a cowardly assassination. Badly burned, Souad was saved by a miracle. She decided to speak for all those who today risk their lives. 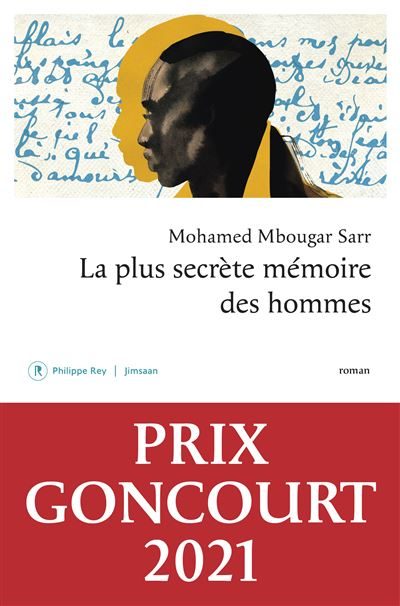 Diégane Latyr Faye, a young Senegalese writer, discovers in Paris a mythical book, published in 1938: The Labyrinth of the Inhuman. The author's whereabouts were lost after the scandal caused by the publication of his text. Diégane then embarks, fascinated, on the trail of the mysterious T. C. Elimane, where he confronts the great tragedies of colonialism and the Shoah. From Senegal to France via Argentina, what truth awaits him at the center of this labyrinth? 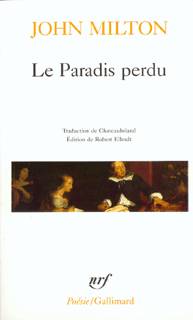 Paradise Lost is an epic poem written by the English poet John Milton, narrating the Christian vision of the origin of Man, evoking the temptation of Adam and Eve by Satan and their expulsion from the Garden of Eden. In 1836, Chateaubriand published his translation of the poem Paradise Lost. While Milton's work was written in verse, Chateaubriand's translation is in prose; a very particular literal translation by this classical author. 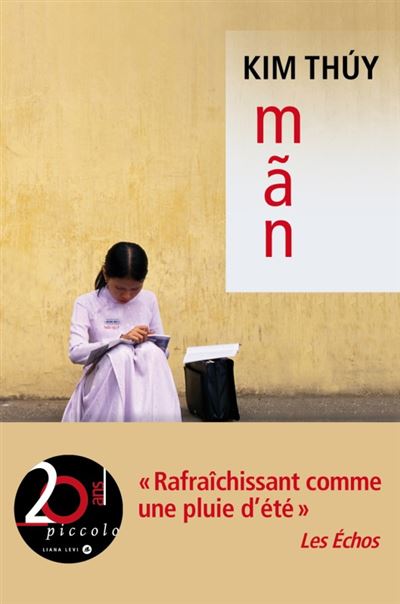 Saigon-Montreal. This is the story of Mãn, a young woman whose mother wanted to protect her by marrying her to a Vietnamese restaurant owner exiled in Quebec. Mãn learned to grow up without dreaming, living transparently. But in the kitchen, when she reinterprets the simple recipes of her childhood, emotions unfold. A tomato broth reminds us of a people's heartbreak, a dessert brings two cultures together, and the art of chopping chili says a lot about the art of seduction... In a subtle balancing act between past and present, between here and there, Kim Thúy draws a mosaic where memory, love and the enrichment from the elsewhere are mixed. 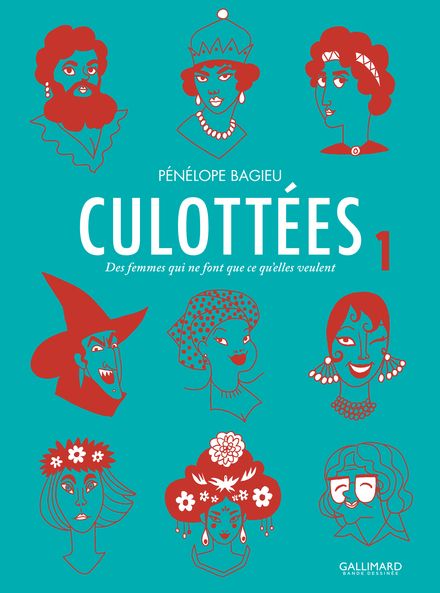 Apache warrior or Hollywood siren, gynecologist or empress. Pénélope Bagieu draws the portrait in comic strip of fifteen women who defied the social pressure of their time and invented their destiny.