The Best French Books for Kids 2022

The Best French Books for Kids 2022

In commemoration of International Children’s Day, we thought it would be great to write about the best French books for kids in 2022. Multiple studies show that reading can strengthen the brain and improve school performance through improved vocabulary, communication skills, prediction skills, and knowledge acquisition.

Our librarian has selected French books for kids that can help children improve their French and can help boost their reading skills.

These books are an easy read and stories adapted to children four years and younger that are easy to follow and can help them start acquiring French words.

T´choupi is the story of a pinguin named Tchoupi. These books tell his daily adventures, from going to school to visiting a farm. Through Tchoupi, you can relive the different experiences: Potty training and being afraid of thunderstorms. There are usually short 25 page stories.

This series is also available in audiobooks, a great way to relate words with sounds!

This series relates the tale of the day-to-day adventures of a small bear in school and with his family. As we mentioned in our blog article on French cartoons for kids, this series is also available as a cartoon for children.

Written by author Hervé Tullet, this book intends to be interactive. Through color and simple instructions, it invites children to interact with the book by pushing on colored dots, clapping, tilting the book, and using their imagination. This book keeps children engaged and interested in books! 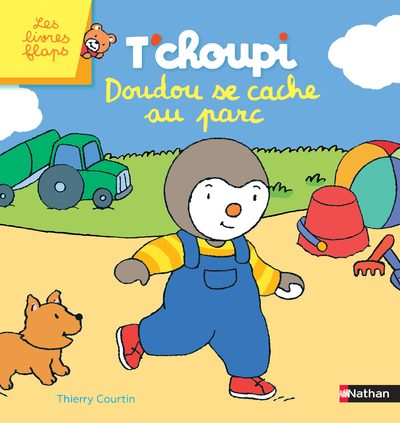 This is a series about insects; through them, your child discovers nature and stories of these tiny bugs.

This series about two brothers shows a realistic view of children through silly humor. It is a series meant for children but can be appreciated by parents. This series is also available in films and cartoons.

The following series of books is recommended for children aged 5 to 7.

Le loup qui tells the story of an adventurous wolf with different daily escapades from exploring Paris, loving trees, and discovering a museum. This is another series that is also available as a cartoon.

Created in 2001, this series speaks of the adventures of a hen in the Middle Age in a humouristic way.

A book by French-Canadian writer and illustrator Elise Gravel, it speaks about active and entertaining characters that promise a few laughs. The stories highlight all the weird and wonderful ways to be a kid. 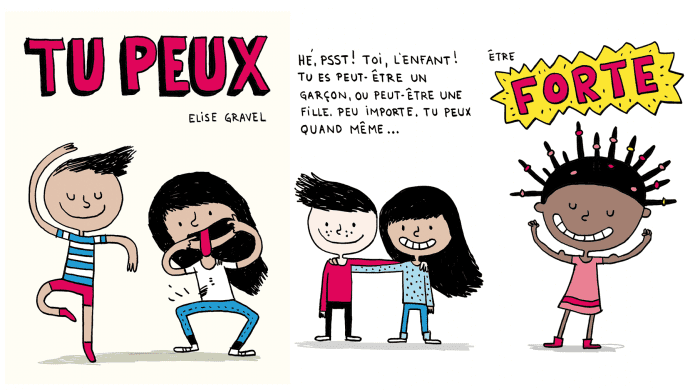 A book by Astrid Desbordes speaks about motherly love with simplicity and honesty. A mom answer’s her son’s question of whether she will love him his whole life. It tells all the moments when she loves him, through both good and bad times, that show a mother's, unconditional love.

This colorful series of books relates the tale of an aspect of its characters. For example, Mr.Greedy, Mr. Happy, and Mr.Snowy, among others. Although written by a British author, the French series is also great for vocabulary.

If your child is between 8 and 11 years old, these books are great for their age.

A book with plenty of tongue twisters, it tells the story of prince Motordu who lives in a beautiful hat. He meets princess Dézécolle, whom he invites to his class so that they can correct the language.

The comic book series follows the growth of a character called Lou. It talks about her relationship with her single mom and the problems she faces when growing up. The stories of each book relate to a stage of the child’s life.

This comic book series is about Adèle, who has a particular personality and has a tough time liking people. The closest comparison to this series would be Mafalda. In the story, she has her own club of “misfit” friends who face the world and its difficulties.

Do you have any favorite French books for kids? Let us know on our Social media post.

These are some of the best French books for kids recommended by our librarian. You can find some of them in our media library or digital library.